De Amerikaanse Fluxus kunstenaar George Brecht realiseerde in 1964 het concept voor het 28 pagina’s tellende kunstenaarsboek Book, dat pas acht jaar later bij Galerie Michael Werner in Keulen in een beperkte oplage van 50 exemplaren verscheen. Hij beschrijft in twintig knappe zinnen de functie en de status van de aparte witte bladzijdes. Zo leest men op het omslag noch de naam van de auteur, noch de titel van het boek, maar wel het ding op zich: This is the cover of the book. Over de verso-kant daarvan én het schutblad staat These are the end papers of the book en op de hierop volgende bladzijden This is the page before the title page of the book that tells you what the title is or was, or is going to be (pagina drie), This is the title page (pagina vijf), This is the other side of the title page, that gives you information like who published it and when, if it’s copyrighted or not, and where or when maybe, and perhaps a reference number, if not more (pagina zes), én This tells who the book is dedicated to (pagina zeven). 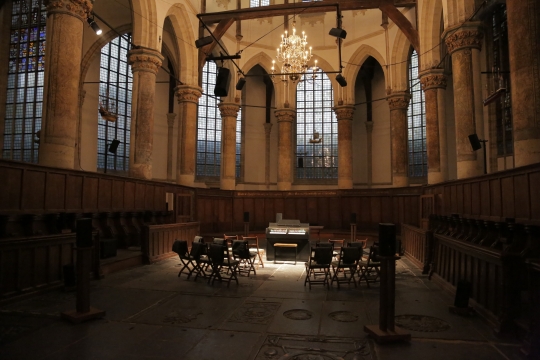 The Problem That Has No Name*

“Many contemporary philosophers have pointed out that the present moment is distinguished by a prevailing condition of groundlessness. We cannot assume any stable ground on which to base metaphysical claims or foundational political myths. At best, we are faced with temporary, contingent, and partial attempts at grounding. But if there is no stable ground available for our social lives and philosophical aspirations, the consequence must be a permanent, or at least intermittent state of free fall for subjects and objects alike. But why don’t we notice?” – Hito Steyerl

Having read this passage only a few days before encountering the practices of Ben Cain and Jort van der Laan at the two day exhibition at Kunsthuis SYB, their works seemed to beautifully touch upon this notion of falling and partial attempts at grounding. Our conversation took off discussing the essence of a residency being a short period of time in which playful impulse and semi-accidental encounter are at the base of creating work. Both artists described how pieces presented in the presentation that rounds up a residency tend to not fully be grounded yet, still floating in their attempts, unsure of the relation between the unexpressed intended and the unintended expressed; what is intended and what remains of it in its presented shape.

Jort van der Laan and Ben Cain both received the opportunity to follow weekly philosophy classes at the King’s College in London. Whilst Jort attended reflections about the ethics of migration, Ben took a more broad, general philosophy course titled ‘The Search For Meaning’.

Seeing from their e-mails preceeding our Skype conversations, these classes had their effect; Jort answered in a brief, practical and hurried manner, from his phone and on the move. On the other hand, Ben’s pen formulated smart, yet somewhat wild and bewildering e-mails, paraphrasing his attentiveness for inter-relations, questioning where meaning resides.

The state of being in-betweenis also inherent to the experience of travel; in a free fall between two points, two states.  As Olga Tokarczuk beautifully formulates in her recent book ‘Flights’: “Am I like that lost day when you fly east, and that regained night that comes from going west? (…) Fluidity, mobility, illusoriness — these are precisely the qualities that make us civilized.” Like a tread of some stretched, chewy material has laid out our itinerary for us, the experience of linear time is reinforced in the act of travel. We follow the pre-set course, I imagine indulging it at the core of our moving bodies. Today’s transitionary spaces such as airports have become independent little states accustomed to all our human needs and desires. As if they were malls, all is served; food, drinks, clothes, accessories, bestsellers up to an authentic massage.

Traveling back and forth to Kings’ College, carrying his body from A to B — actively as passively, the vocabulary of such physical relaxation practices caught Jort van der Laan’s attention. Formulations of sense-soothing deep tissue massage salons at airports found its way into what became a Lexicon, developed in collaboration with artist and writer Charlotte Rooijackers. “I would describe the lexicon as a fleshy wavy massage menu of words and terms that all relate to porosity or the porousness of the body, to a kind of accessibility or openness, literally: having pores as minute openings as tiny passages.
To the body in transit, which is never alone but always in contact with an environment,” says van der Laan. Surrendering to the time of travel, it also became a place of creation, whilst being on his way to the obviously appropriate philosophy module ‘Ethics of Migration’.

As Jort hammered together a lexicon with fragments and phrases, collected in the fugitive realm of journey, Ben developed ‘List of Roaming Titles’. They (too) play on the in-between state, and an interest in the inter-relational to be more precise, here are a handful of them to give you a sense: ‘(…) ‘The Way You Be’, ‘Bare Body’, ‘Mutual Access’, ‘No You Behave and We Act’, ‘Old Friend’, ‘I’ll Stay with You’, (…) are set, but unsettled titles for works. You find the Roaming Title list on your left hand side as you enter SYB, on a poster. They linger and float through your mind, and thus through space as you visit the show, encountering lively objects in the maze of SYB’s ground floor exhibition. More than regular encounters the pieces challenge their own degree of liveness, affecting us on an empathic level. Ben Cain’s way of thinking, through objects and language, has a clear similarity in content, approach and ‘mood’ to Walter Benjamin wondering “Who does the lamp communicate with? The mountain? The fox?”. Ben Cain plays with overlapping textual and material narratives, all infused with a sense for tangible and intelligent mystery.

The fugitive state of crossing, passing, checking, scanning, and rushing around the transitory space of the airport is brought to the fore in Jort’s video piece ‘Neither of Us is Powerless’. “The piece turns day into night.”, says Jort. “The bright fluidity of the airport turned dark and veiled in bluish shadows, populated by ghostly figures floating in slow motion – muted in delay.” In the work we follow the course of the artist’s thoughts through the eye of his camera. “At SYB I have been working/editing/filming to effectively further disrupt the idea of a subject or main character in relation to a surrounding environment, the idea of being in relation to thing, instead approaching both non-hierarchically.” The result is a disorienting experience, which can perfectly be compared to the accidental encounter with your own face, when using your phone, with the viewer unexpectedly pointing the wrong way. Confronted with an unfamiliar angle of your face, the experience momentarily dislocates the sidewalk, the screen and your own body. This enhanced sense of reality stems from the confusing understanding that the world lives and exists around you, also from under your chin.

The result as presented on October 28th, is an intermediate state of the work, a pinpoint between A and B, where this time, B will be his opening at Stedelijk Museum Amsterdam in the exhibition ‘Freedom of Movement’, that opened on 24 November and runs from 25 November until 17 March 2019.

“I told her, listen, Wilma, there are those logs that I like. — So we not very discretely stole half a tree.”  Wilma, a SYB neighbor used to work as a flower arranger. The two residents commissioned her to make a bouquet on the sliding scale between extremely artificial, cultivated and unadapted to human nature. This flower arrangement is the first thing you see when you enter the space. It functions as decoration, but with intent, Ben nicely summarises the efforts. This piece reflects the residents finding common ground, developing individual pieces but not being alone in the production of it; shared approaches to work and neighbours alike.

The title of the two day exhibition at SYB ‘A Piece of Blue Velvet Hanging’, brings forth a sense of material as well as the notion of suspension. Similar to a curtain, at once a divider and a backdrop for cinema or theatre. The texture of a screen and of Jort’s movies, is what Ben Cain calls “Velvet-like”. “It undulates.” he says, “Composed of pixel-dots it is a prickly surface that is tactile and alive, as it shifts light. The skin of the film has pores.”

This formulation that has been contaminating me, and even people close to me ever since encountering these young men. The notion of porousness was the first common ground for Ben and Jort’s practices. Found in the body scan at airport security or in roaming titles that mirror our relations and (empathic) encounters with objects and people, things (bodies, objects, notions) are porous, seep-through, soaking yet airy. Playing on the theatrical make-up of the space — the way it functions almost as a labyrinth— invites for such strengthened experience of encountering bodies and things. Objects and subjects playfully swopping jackets around every corner. Through bodies, phrases and objects in space, this playful and I have to say delightful show reflects on an encounter with the unforeseen. The it’s around-the-corner, the you-just-passed-it, the it-is-suspended-here, the durational/performative, the philosophical, the residency.

I go downstairs the rain and cars outside
Flower sticks and fuels (can’t read that note?)
fluid colour odd sexual somehow
balloons of breath
The porous blue pierced, double pierced
thin layer cover
The video a carpet unrolled an institution
the camera kneels to show me the carpet’s composition
another poster calls, light
the chairs arranged for viewing
the video shows a hand a foot a touch
texture pressure blue
The blue light seeps through the next wall and I see the poster now
snippets, pieces, shapes of travel lines of movement
falling away
the feeling of altered existence
as you have your camera on all of a sudden
moving blocks, shifting letters add to the “objectifying”
sharing speed
fluid graphic design
in the back hanging tissue, objects pending
counterweight
layered piercing light
trapeze, play
cement dots, inter-connection between overlapping dots
and earlier works in the show
a point a stand
a figure. a domino game

The lamb from the DIY shop staring at you,
as you turn around the corner
A calming gradient curtain roll
Playful dressing (comic sense comic sans)
The flower bent
the log. you feel the effort
overflowing plastic in a box
a labyrinth of elements
Jort walks along I am trying to orientate
suddenly pending a log, an intermediate
moment prolonged  Jort again
I hold my breath
the light flickers
the suspension is total
the filmic assumption

Become more of a body

— I can’t hear you anymore