EP: Did you like the set up of the show in Haarlem?

MC: The set up makes it into one organic thing, instead of showing ‘this is where the masterpiece is’. It is loose, it is natural. Putting it together you must be forgiving for whatever you find when you get there.

EP: You introduce yourself in a kind of film diary for the Sundance Film Festival as ‘artist, filmmaker, film-collector’. Do you make that division yourself?

MC: No, it is all integrated.

EP: Seeing your films in De Hallen I was wondering if you are influenced by surrealist experimental movies of the 1920s?

MC: I am more inspired by the paintings from that time by Otto Dix and George Grosz. I like the reactionary art of their time. But I also appreciate animations of previous periods.

MC: Yes, maybe that was a very early influence for me. I am self-educated at the Baltimore library and that was the first stuff I was actually seeing and turned on by. I really liked the Duchamp piece and I am sure everything finds its way to my work. I think all those films had an effect on my editing because they were exciting.

EP: There are some hypnotic scenes in your film Meet me in Wichita…

MC: Well, politics are kind of a surreal funhouse – a hypnotic funhouse. I used garish colors and bursting, geometrical images to alternately shock and awe the viewer. The military ‘shock and awe’, yes. As for my movie Myth Labs, I know a lot of people use meth in rural America, so I wanted to bring back my memories, like the colors and the people and the attitudes. When I worked on that film I was watching a lot of psycho films, for example River’s Edge and The Omen. For Triumph of the Wild I watched a lot of Disney films, in fact I watched Disney for Myth Labs too. The early Disney, with themes like the wilderness, Bambi, the evil of men, men’s invasion into nature. With those long lash nature shots. I wanted to comment on that.

EP: Triumph of the Wild looks very timeless to me.

MC: Well, that is funny. Triumph of the Wild goes through hundreds of years of history. It is about nostalgia. It is about those symbols we identify with in our own nostalgic, collective memory. It resonates in people as sort of familiar and at the same time it is different. It is kind of recreating nostalgia for those at war. What do we have in our collective conscious of those wars we have? Usually just photographs or Norman Rockwell paintings or images from Life Magazine. I also looked at art that was made in the field, documenting the war, and art that brings forward post-war effects, such as the paintings made by ex-soldiers suffering Post Traumatic Stress Disorder and the masks and photographs made by mental health groups, trying to recover from their mental and physical scars.

EP: Did you hear about the shoe-throwing incident in Baghdad, and how people want to make a monument for the ‘hero’? What do you think about the idea to keep the shoe in a museum in Baghdad?

MC: Yes, I heard about it on talk-radio. It is like a mini-narrative that everyone picks up on. Like this miniature moment, right? That is sort of what I am creating. Miniature moments, not really long narratives. Perhaps that is all Bush really needs, the shoe being thrown at him [laughter]. You don’t need a feature film about the war or about Bush.

EP: What is your ideal way of showing your films for an audience? Is it in a movie theater, in an art space, or in public space?

MC: I can mail my films anywhere, and I never know how it is going to be shown. But that doesn’t matter because it is important that it is going to be shown. So I leave a lot of freedom for the organizers of for example the Spokane International Film Festival in Washington, or other institutions I constantly send my work to. I don’t care how it is shown, because it is good that it is shown. But ideally, in my fantasies which are slowly coming true… I just had a show in New York, in the Museum of Arts & Design’s awesome retro 1960s theater, where I had nine live-musicians play to the films in a theater/cinema. They played the drums, saw and moog and sound effects, singing and piano live to the films that they played on for the soundtrack. This of course could also take place in a gallery, but then the acoustics would be terrible. The live music provides some insights into the full spectrum of the life of the film, because a lot of that is about collaboration. So to finally be in a place where I can do this is great. Live music breathes life into the film, it takes it away from one thing being projected on you. These films are my internal world. I like it to be more in the room.

EP: Do you work with assistants, since the way you are making films is very time-consuming?

MC: Not really. I do all the filming myself. What I make are stop motion films, using an animation technique that is almost as old as filmmaking itself. My favorite stop motion artists have spent six or ten years making their films. This was in 1912, in 1933, or in 1952. Those films were made in Russia, in Paris, and in New York, with pretty much the same camera I use today. Producing a stop motion film requires a lot of patience. It is a slow process, and I have to film it alone. Sometimes, though, I have friends or random strangers from for example film schools, who come and visit to learn, and all of those people disappear quickly. Only in extremely busy times or for a music video I hire some friends. Karaoke hostess Isabelle Kohler stars (as a puppet) in Myth Labs, because we only had two weeks to do everything and needed another character. She also helped me with filming, because we had to film 40 seconds a day or 1,000 frames, which basically ‘hurts’. At the moment I am working on some linoleum-cut books, posters and images, to get a break while filming… I use the printing in the film. The film becomes quicksand: the more I struggle to avoid animating the scenes, the more art I make on the side, which then has to be filmed.

EP: Do you see yourself as a painter?

MC: I have always been a painter. Does that make me more a painter than a filmmaker? Usually I paint for three or four months, preparing for my films. When animating it all, it becomes a process of making compositions, adding effects and images. I am now working with things floating on glass, vertically, like a painting. But the painting is on glass, so everything looks weightless. Sometimes I use 3-D elements like plastic flowers, pipe cleaners, painted yarn, pieces of children’s clothing with camouflage print. In all this I am a painter. I also like to make murals. When I attended the Rijksakademie, I had a big studio and plenty of opportunity to play with that. I love painting, but my ideas seem to require transformations, and it is partly in seeing these transformations happen that it is necessary to the idea. It creates an unstable reality, a mistrust of images, a mutating of character or environment.

EP: You work on a vertical glass installation?

MC: It looks like a window with no frame, only layers of glass. Triumph of the Wild was made that way. It is a very fast film, and part of this is because the things I work with are kind of organically growing. You become more aware of the action. It is more about the meaning of what is happening.

EP: Triumph of the Wild has a great and intense soundtrack to it.

MC: It is done by Thollem MacDonas, an amazing pianist. I found this pianist – and now friend – right when I finished the film and it perfectly worked with it. He is an accomplice of 99 Hooker, a ‘chaos poet’ I worked with on films in the 1990s. And now I am working with him on the second part of this film, but this time round I am timing the animation frame by frame to the soundtrack. So I am breaking down an improvisation into seconds/beats to study them and think of the piano as the heartbeat of the film and accordingly time the action of my scenes. I think of the notes as molecules sometimes, or the soundtrack for the build up or breaking down of forms, and peoples and narratives.

EP: A Triumph of the Wild part II?

MC: Yes, I try to do ten seconds a day, but it sometimes requires so much painting and gluing and things in between each frame, that it is a ridiculous amount of time. Because the puzzles are animating, each piece has glue on the back. It is also really tedious, because everything is placed vertically. It is all about things falling off the glass because of gravity. It is important that the new films have a sense of weightlessness to them. Everything is kind of alive. It is like a puppet version of the military ‘seek and destroy’. I go into battle everyday with my camera and this little war-set. I have to make a kind of action film genre in this little paper world. I watch a lot of Francis Ford Coppola films just for the action film genre. Because why should Hollywood make all our war films?

EP: I heard that war theme movies from Hollywood are heavily financed by the U.S. Department of Defense.

MC: Really? Well, that is sort of how reality and media mash together.

EP: Finally, what does it mean for you to be an artist?

MC: The honest truth is, that I don’t have much choice. It means for me dealing with my life, and surviving. I live like a mouse at the moment, because they are the only living things in my neighborhood.

Martha Colburn, MEET ME IN WICHITA, 2007 (excerpt), music by V.Vale and Jad Fair 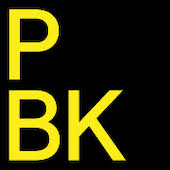